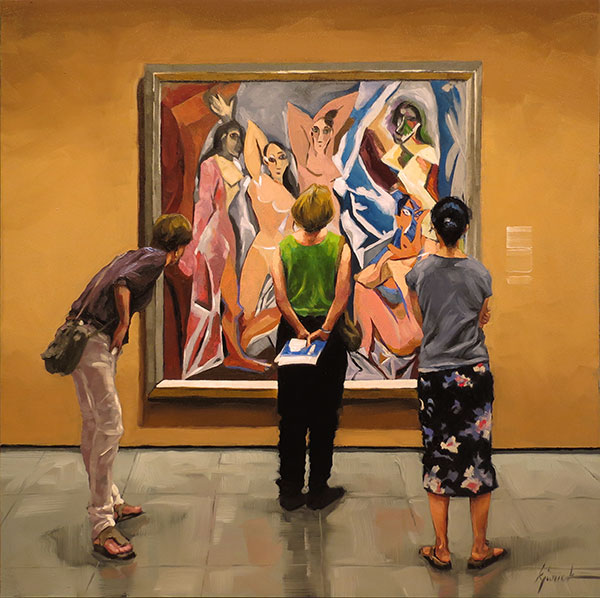 I spent all weekend and today on a couple of paintings that had a deadline date - including this new piece that may be included in the Hilton Head Auction in November, unless it sells before.  I wouldn't argue that.

Inside the Museum of Modern Art in New York City - women admire Picasso's masterpiece 'Les Demoiselles d'Avignon'.   In case you didn't know, his title is a reference to a street in Barcelona famous for its brothel. 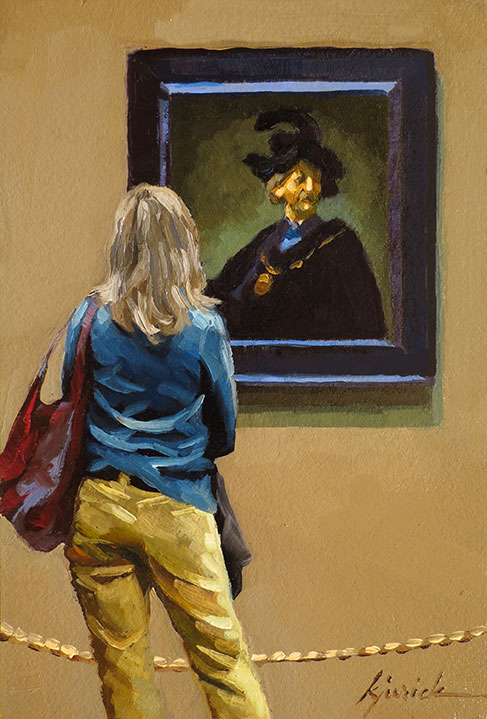 This is a smaller painting I am donating to a charity auction taking place in Connecticut in October.

Now I move on to more Chicago scenes and a start on an upcoming solo show in Atlanta sometime in November.

This is so fabulous! So great, so small! (I have seen the original Les Demoiselles d'Avignon, and this is such a reminder...)