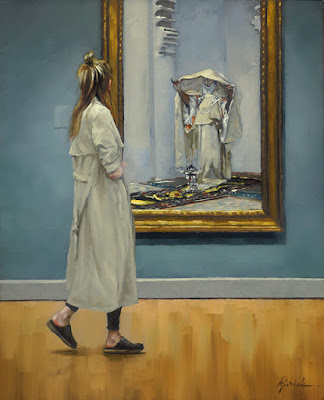 I've said this before and I'll say it again, the most perfect painting ever created is John Singer Sargent's Fumee d'Amber Gris (Smoke of Ambergris) which hangs in the Clark Museum in Boston - painted in 1880 and inspired by Sargent's trip to North Africa.

You ask what is Ambergris?  A fascinating write-up about Sargent's painting and a deep dive into exactly what this mysterious element is can be found here.

~ thanks to Stefan Draschan for his photo reference. 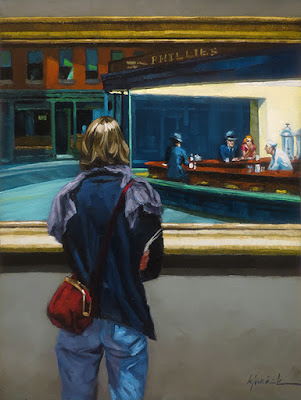 Feels good to accomplish something again.  What a week.

From the Art Institute of Chicago, a woman taking a long look at Edward Hopper's iconic painting Nighthawks.


My internet service including email has been out for 7 days and should be restored by the end of the week. I apologize for not responding to several emails or posting new work - I've effectively been stranded on an island.  Cross your fingers and I'll be back in the real world very soon.