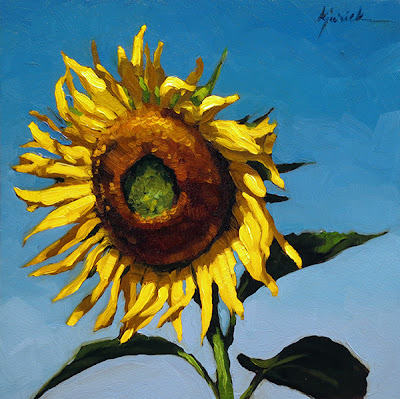 A sure sign of summer - perched high, looking over my uncle's garden in Roxie, Mississippi. 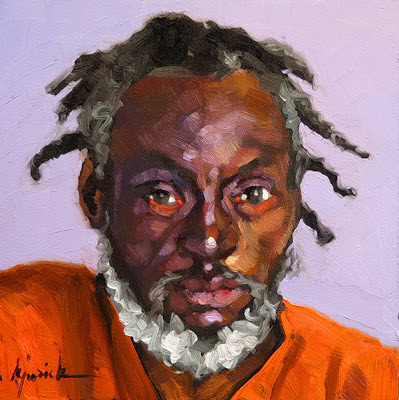 After starting back with painting, I realized I needed some warming up.

This is a new addition to my ongoing series BUST-ED.

~ and a Happy Summer to ya'll

Wanted to check in - I've been visiting family in Natchez, Mississippi, attending a large family reunion.  My mom was one of 14 children, so it's a big deal.

I stayed out on the family farm with one of my mom's brothers and his wife.  It's heaven on earth, a million miles from any hustle and bustle.   I used to stay there as a little kid when I visited and when the sun went down at night, I was scared to death of the dark.  As an adult, it's paradise.  You can see every star in the sky.  It's just .... heaven on earth. 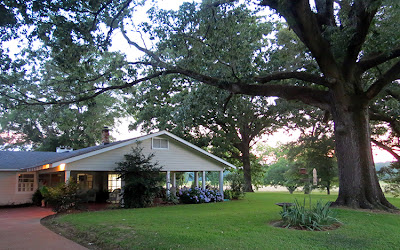 A fraction of the food brought in for the reunion ... 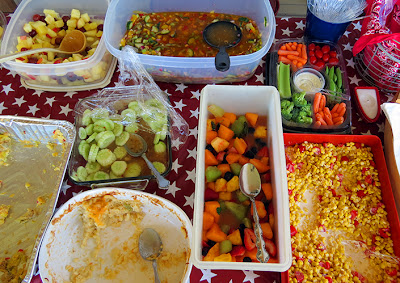 Under the Hill with the Mississippi River flowing by .... 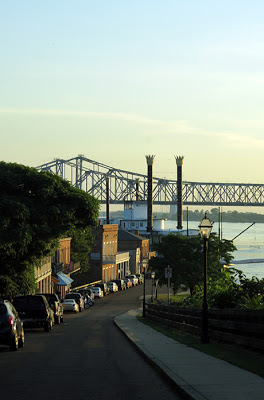 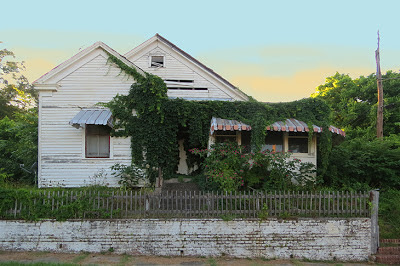 When I was about 12 years old, one of my older cousins drove me by Nellie's on a Saturday night.  It was alive and well back then.  Patrons weren't allowed to come in through the front door, there was a driveway that took them to the back door, where they were greeted by Miss Nellie or one of her girls.

Miss Nellie ran the brothel for 60 years.  It is said she took a roll of film to the local drugstore every week to be developed and those photos were her insurance.  It worked for 6 decades.  In 1990, at the age of 87,  a 20-year old neighbor stumbled to the back door drunk and Miss Nellie refused service and told him to come back sober - it was a house rule.

The young man walked over to a gas station across the street and filled a cooler with gasoline and returned to Nellie's place and knocked on the back door.  When Miss Nellie opened the door, he threw the gas on her and lit a match.  Miss Nellie lived for a week and died from her burns - the man who murdered her didn't realize he spilled some of the gas on himself and suffered burns.

Miss Nellie was loved by a lot of the Natchez citizens for her sweet nature and generosity.  She was an avid baseball fan and was often seen around town with two or three of her white poodles. 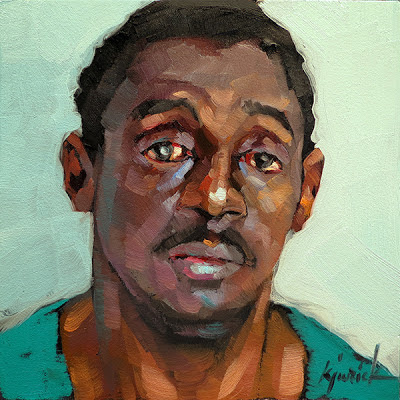 I had just a little bit of paint left of my palette and wanted to ease up and paint something quick and loose.   Part of my ongoing series BUST-ED. 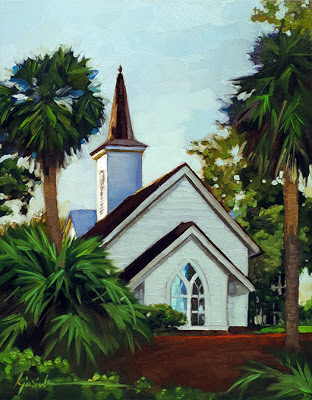 The ride to Palmetto Bluff, near Hilton Head Island, feels like you're in a movie.  It's a quiet, long road to the little town, which is picture-perfect.  Very sweet.  This is the Chapel at Palmetto Bluff, a very desirable place to have a wedding I'm told.  Through those windows you look out onto the May River.  It's lovely.  All of it. 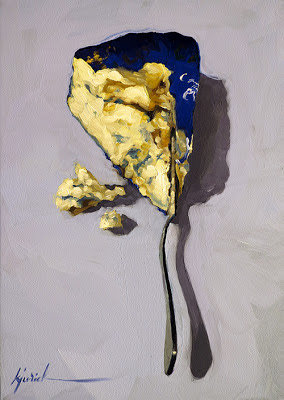 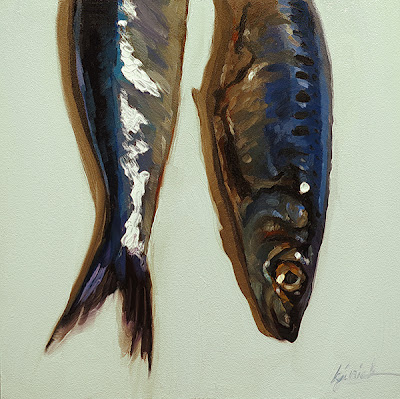 Can't get enough of these cool, iridescent fish.  I admit I won't eat fish but I love to paint them. 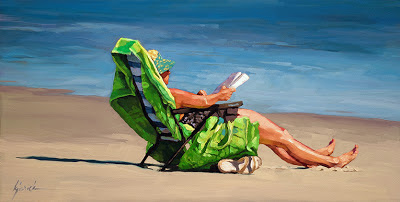 They make me so happy to paint.

Labels: a painting a day, beach, book, figurative, Hilton Head, Karin Jurick, ocean, oil, reader, South Carolina, towel, woman
Newer Posts Older Posts Home
Subscribe to: Posts (Atom)
“It seems to me very important to the idea of true democracy - to my country - and to the world eventually - that all men and women stand equal under the sky...” - Georgia O’Keeffe