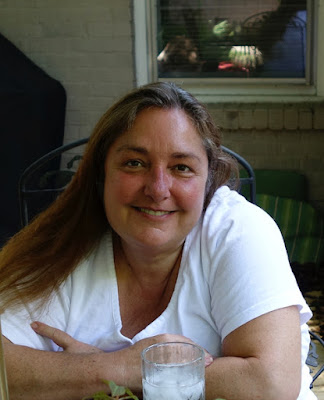 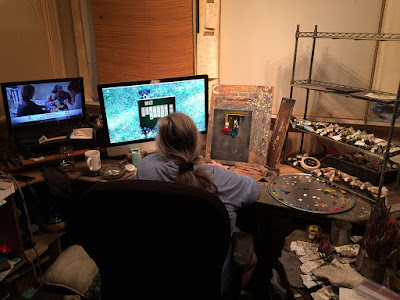 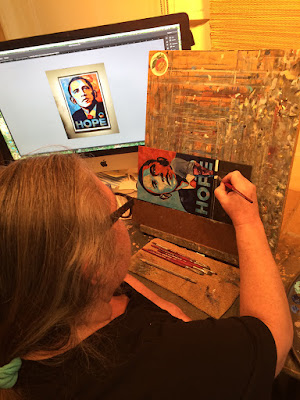 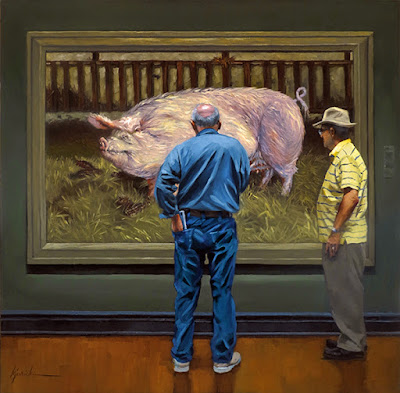 12 x 12"
oil on panel
When I first saw Jamie Wyeth's life-size Portrait of Pig years ago, it was love at first sight.  From that moment, I wanted to paint a pig.  And one day, I will.
I'll start by saying I worship Jamie Wyeth.  And Andrew Wyeth, his father.  And N. C. Wyeth, his grandfather.  Three generations of artistic brilliance.  Matter of fact, the exhibit "Three Generations" is where I first saw this masterpiece.
Jamie grew up on a farm in both Chadd's Ford, Pennsylvania and the Wyeth summer home in Maine. At a 2011 exhibit titled "Farm Work" that included over 70 paintings by Jamie Wyeth, he was asked what inspired him to paint so many scenes of the subject, he said "Had I been born in New York City, I'm sure I would have been painting subways or something, but it's just that this what I was raised around and what was familiar to me."
As for the story behind Portrait of Pig,  Jamie said it was on a neighboring farm where he frequently painted, where the pig had the run of the place.  "The farmer asked me to help him with something, and after an hour I walked back to where I was painting.  And there was a snorting, and her whole snout was covered with cerulean blue and cadmium orange."  She had eaten and swallowed 17 tubes of paint.  "I thought it's curtains for you because oil paint is highly toxic".  The next few days she seemed fine but all around the farm there were rainbow-colored droppings and the farmer kept saying "What's wrong with my hog?".  Jamie couldn't bring himself to tell him what happened.
Jamie soon learned the farmer was going to send the pig to the butcher and said "Oh no. I've got to take her."  He paid for the pig, brought her to his farm where she lived to a ripe old age.
My painting will be included in the upcoming group show Looking Forward, *opening July 2nd at Robert Lange Studios.
Please click here for a larger view and purchase/contact information.
* Robert Lange Studios will welcome walk-ins during normal hours on Friday, July 2nd and Saturday, July 3rd.  Opening night for artists' shows will resume in the fall. 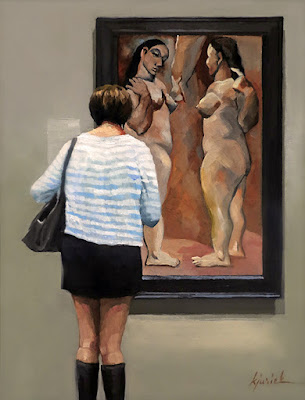 6 x 8"
oil on panel
I broke from my larger painting marathon and loosened up with one of my mom's favorite Picasso pieces - Two Nudes, in the Museum of Modern Art in New York City.
Like my mom, Picasso had a fascination with African sculpture and modeled women's figures similar to the thick bodies and chiseled features found in those sculptures.  Two Nudes hangs next to Picasso's famous Les Demoiselles d'Avignon and noticably the figures on the left of both paintings closely resemble each other.
You may think it never happens, but in 2014, a visitor in MOMA bumped up against the Picasso painting, leaving it unhinged.  No damage done. 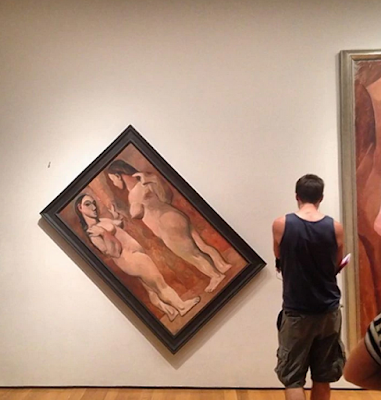 Please click here to the auction page.  This link will engage at 9 pm ET this evening.

"That Was Then, This is Now" 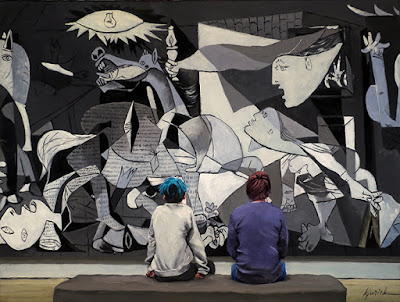 12 x 9"
oil on panel
sold
The two young men taking in Pablo Picasso's iconic Guernica presumably cannot begin to comprehend the event depicted on the massive canvas.
Guernica is a town in the North of Spain. The Nationalist forces considered it the hub for the Republican resistance which made it a target during the Spanish Civil War.  In April of 1937, under the direction of Adolf Hitler, planes bombed the town of Guernica meant to intimidate the resistance.  Fires spread from building to building, destroyed roads and bridges and effectively trapped the people from escape.
The Spanish government asked Picasso, who was living in Paris during the German occupation of World War II, to complete a mural expressing the historic and horrific event for the Paris Exhibition in the same year.  He had read a reporter's eyewitness account of the attack, published in The New York Times, abandoning his original idea and creating his final painting based on that very detailed description. It received little interest despite the published eyewitness accounts and the Paris Exhibition, until the painting did a tour around the world.  The international community took great notice and raised funds and awareness for the Spanish war relief.
This new painting will be included in the upcoming group show Looking Forward, opening July 2nd at the Robert Lange Studios.
Please click here for a larger view. 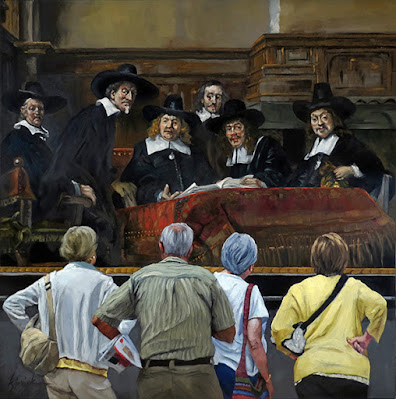 10 x 10"
oil on panel
Showcased in the Rijksmuseum in Amsterdam hangs the extraordinary painting by Rembrandt, Syndics of the Drapers' Guild painted in 1662.
The "drapers" were elected to rate the quality of cloth that weavers offered for sale to the members of their guild.  These dudes accessed the textiles three times a week and had a 1-year term in office. They commissioned Rembrandt's group portrait, which hung in their hall for nearly 100 years.
You may recognize the painting used on the packaging of Dutch Masters cigars. 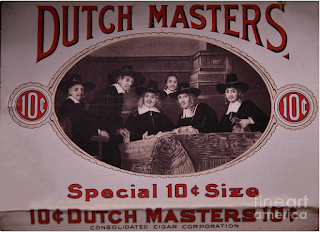 Labels: a painting a day, art museum, figurative, Karin Jurick, men, oil, portrait, Rembrandt, Rijksmuseum, women
Newer Posts Older Posts Home
Subscribe to: Posts (Atom)
“It seems to me very important to the idea of true democracy - to my country - and to the world eventually - that all men and women stand equal under the sky...” - Georgia O’Keeffe