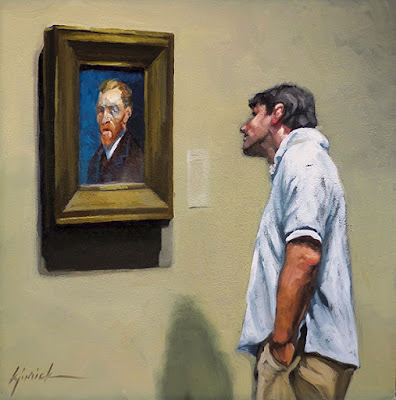 Ha! Love the title! Always so inspiring to visit your blog. Van Gogh is one of my favorites and so is this piece. Good luck on the large piece! Best to you sweet Karin!

You are implausibly great! You approach each and every study with a new voice. Brilliance. Tracy x