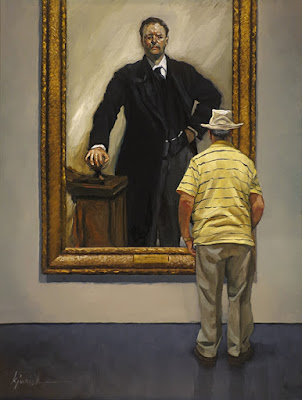 What a wonderful painting (yours!) and a neat story about Sargent and Roosevelt!