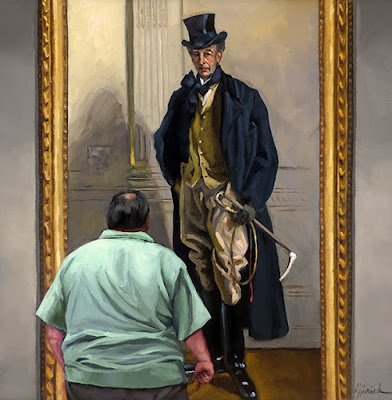 Thomas Lister, 4th Baron Ribblesdale was a British Liberal politician and was the quintessential Edwardian aristocrat - soldier, sportman, courtier and landowner.  He belonged to the House of Lords in the 1880's, Master of the Buckhounds and later, a Captain in the Rifle Bridgade.  A man of many titles.  He became a Trustee of the National Gallery in London and served from 1909 through 1925.

Lord Ribblesdale commissioned Sargent for this portrait to present to the National Gallery in memory of Lady Ribbledale and his sons, one a Captain and the other a Lieutenant.