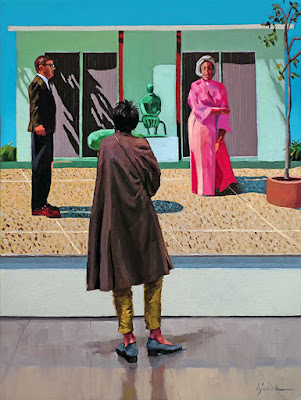 Love the painting "California sun" and your painting of it with the woman so perfectly placed for a super composition. Many of the things you shared about Hockney that made him unique I feel could be said of you too!
Would love to go back to Charleston. Best of luck to you with the show. So glad you were featured in "American Artist" too. Kudos!!