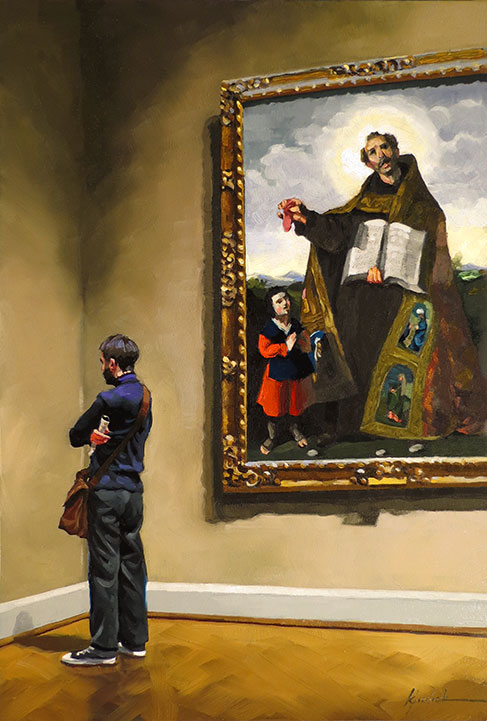 From the Art Institute of Chicago, a man stands beneath the enormous painting by Francisco de Zurbararan of 'Saint Romanus of Antioch and Saint Barulas'.

To make a long story short, Saint Romanus was a Syrian Martyr, arrested for his denouncing of idol-worshipping and called on to follow Christ. The governor of Antioch, after arresting and torturing the Saint and attempting to kill him by a public burning (a sudden gust of rain extinguished the fire), he then gave orders to cut out his tongue.

We were just at the Art Institute, I felt like I was walking in a Karin Jurick painting. Always enjoy your work!