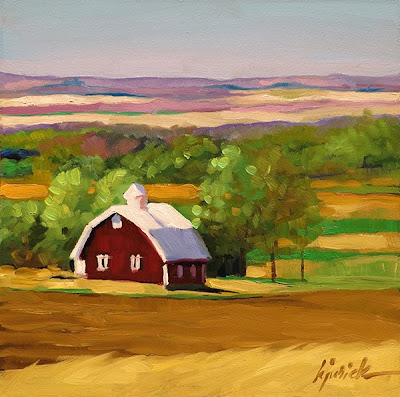 I'm in the mood for landscapes.  They are my Zen.  And after reading an article in the New York Times and USA Today about the 100th Year Anniversary of the Lincoln Highway,  I realized I've traveled many miles along the original route and the current route - it extends from Lincoln Park in San Francisco to Times Square in New York City.  So why not do a series of American landscapes along the Lincoln Highway?

Part of the original route of 1913 included Colorado, what is now Highway 76 between Denver and the northeastern tip of Colorado.  It was one of my favorite drives,  welcoming flat land after snaking through the Rockies.   For a map of the routes, click here. 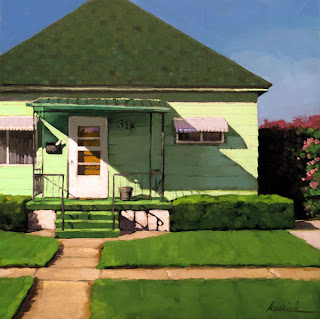 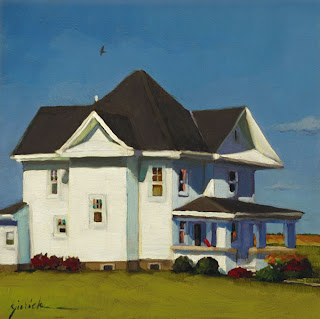 I have this great affection for the houses along the highway, so you'll see a bit more in this series.